A statue commemorating the founder of one of the Tripe Marketing Board’s predecessor organisations has been removed from outside of the TMB’s Preston offices as a ‘precautionary measure’, TMB chairman Sir Norman Wrassle confirmed today. 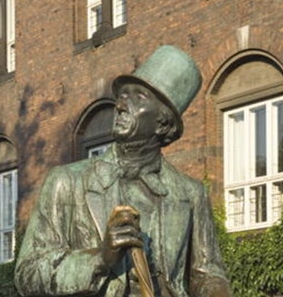 The statue of Jolyon Makepiece Wrassle, who set up the Association for the Legal Disposal of Unwanted Cow Products in 1926, had graced the grounds of the TMB’s HQ since it was unveiled in 1992 to mark the year when the TMB took over the role of promoting tripe in the UK.

Sir Norman said the statue had been moved as a precaution against possible defacement by militant vegans. “I have seen a lot in the press recently about statues being torn down or otherwise damaged and we don’t want to take any chances,” he said.

Sir Norman also confirmed that the TMB would no longer be stocking DVD copies of the Alfred Spatchcock film Diary of a Tripe Dresser as it contained scenes which, in common with the majority of Spatchcock films, a modern audience may find offensive. “We like to think we have moved on from those times,” Sir Norman said.

Sir Norman, who has spent a number of weeks in Barbados after being stranded there since March due to the coronavirus pandemic, is expected to return to the UK in the near future.