Tripe Marketing Board chairman Sir Norman Wrassle has issued his sternest warning yet to the producers of the popular ITV show I’m a Celebrity – Get Me Out of Here!

The warning comes after the show last night featured a number of disgusting meals which contestants were obliged to eat, including tongue, sheep’s penis and tofu.

Sir Norman said he had received a number of calls from tripe-lovers across the country, concerned that during the final scenes of the show tripe could feature as one of the dishes.

Speaking from his Lytham home this morning, Sir Norman said he would be surprised if any of the shows now featured tripe.  “I think we have made our position very clear, and they know we’re not bluffing,” he said, adding “The days when we would put up with tripe being abused by TV shows for the sake of cheap laughs are long gone.”

Sir Norman also denied suggestions printed in last weekend’s Wigan on Sunday that the TMB had been privately coaching some contestants before the show, so that they could better tolerate tripe if it did appear. “We may have offered one or two of the Lancastrian contenders a copy of our popular Feel the Fear and Eat it Anyway book, but as far as I know the offer was not taken up,” he said.

Sir Norman said he was confident that Vernon Kay and Bev Callard in particular would have no problem eating tripe. “They come from good Lancashire stock and I’ve no doubt they’ll have encountered it in the past,” he said.

Meanwhile, the TMB’s hunt to find the Greatest Lancastrian of 2020 was launched today.  Votes can be cast here. 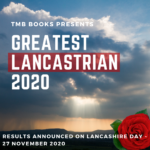