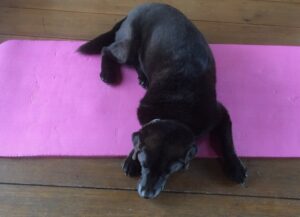 The Tripe Marketing Board has appointed a new board member with special responsibility for Yorkshire and Canine Relations. The appointment was announced by TMB chairman Sir Norman Wrassle in a special message to the board.

“We must move with the times. Dogs are an important constituent part of the market for tripe and it’s crucial that we understand what they’re thinking and saying about our product,” Sir Norman said.

Phoebe, a 12 year old Chocolate Labrador born and bred in Yorkshire has been described by her owner, Gordon as “a good girl with a ferocious loyalty to tripe”.  Her hobbies are sleeping and researching techniques for opening ring-pull cans. 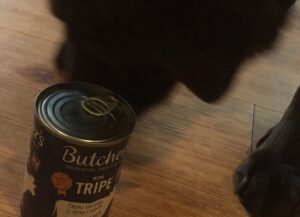 Sir Norman denied suggestions that Phoebe had been appointed as a cheap attempt at publicising the TMB’s Christmas Appeal for the MS Society.  “That is an entirely malicious allegation. Phoebe is a welcome addition to our board and we will be providing a special mat under the table where she can sit,” he said.

Generous supporters have already raised over £1000 in less than a week, by purchasing copies of Forgotten Yorkshire for 99p, and every purchase is matched by a £1 donation from the TMB  to the UK Multiple Sclerosis Society.