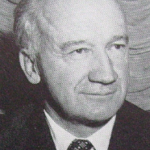 The Tripe Marketing Board’s membership organisation, Tripe Club, will admit canine members for the first time since it was established in the 1950s, following a decision of the Club’s Executive Committee which met last night.

In an statement earlier today, TMB chairman Sir Norman Wrassle said he welcomed the decision, which showed that the Club was ‘moving with the times’.   Sir Norman acknowledged that, so far as he was aware, no dogs had previously applied to be members and the issue of exclusion had not therefore cropped up.  “I know there are some very bright dogs out there as I’ve seen them on Twitter, so I am sure it is only a matter of time before we get our first recruit,” he said.

Voting is continuing to find the TMB’s 2020 #TripeDog.  The contest comes to a conclusion at lunchtime on Saturday, 24 October (World Tripe Day).  Sir Norman said he is excited to discover who wins the contest, which has been marred by controversy. “I think next year we will perhaps revert to a simpler process, and myself and Lady Cheryl will select the winning candidate on looks alone,” he said.