Tripe is poised to re-launch itself post-lockdown and is ready to take advantage of the new retail environment following the coronavirus pandemic – that’s the message from  Tripe Marketing Board chairman Sir Norman Wrassle following an online meeting of offal processors earlier today. 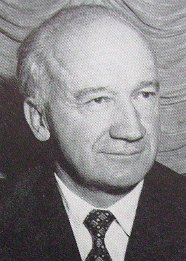 Sir Norman said he had closely studied how the UK Government had responded to Covid-19, and the TMB was ready to apply the lessons he had learned.

“For a start, we’ve previously been very open about issues such as tripe sales figures. But we now realise we don’t need to be. We can literally just make them up as we go along,” Sir Norman said.  He praised in particular an initial decision not to include care home deaths in the UK statistics, adding “This really helped to minimise the threat in the public’s eyes, keeping the death toll looking artificially low.”

He also promised that the TMB would start to issue contradictory information about tripe, giving the model of the Government’s advice on face masks as an example.  “By the time we’ve finished, people will be so confused that their interest in tripe will be piqued,” he said.

Sir Norman has recently returned to the UK after being unavoidably detained in the Bahamas for four months after a fact finding visit there became the victim of lockdown.  “I would like to pay tribute to the sacrifices made by my PA, who was also caught up in this lockdown with me,” Sir Norman said, adding “I have made her an honourary member of Tripe Club, by way of thanks.”