TripeDog 2020: Semi-Final 2 to be re-run – Tripe Marketing Board

Semi-Final 2 of the popular #TripeDog 2020 contest has been annulled and will be re-run following the withdrawal of the two leading contenders, Phoebe and Milo.

In a development which is bound to shock the almost 7,000 people who voted over the last two days, Semi-Final 2 will be re-run with the two remaining contenders, Doris and Lou Pine.

Tripe Marketing Board chairman Sir Norman Wrassle was interrupted during a round of golf at Royal Lytham & St Annes Golf Club earlier today when it became clear that the contest had the potential to sully the good name of the TMB after intense lobbying by supporters of both Phoebe and Milo.  It is understood that major political figures and celebrities from the world of arts and entertainment had been induced to vote in the contest.

“I am pleased to say that both Phoebe and Milo have agreed to voluntarily remove themselves from the contest to protect the reputation of the TMB.  Accusations had been made that the contest was being rigged or otherwise influenced by a Middle Eastern betting syndicate and this does not reflect well on tripe,” Sir Norman said. 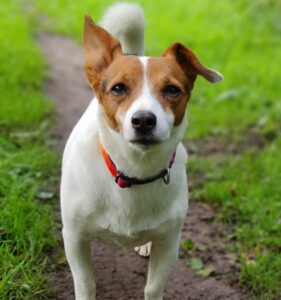 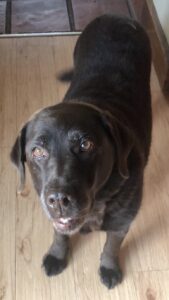 Sir Norman said that the remaining semi-finals, where lobbying had been more restrained, will continue as planned, with Semi-Final 2 being run afterwards. “I must say that both Phoebe and Milo have behaved in a most gentlemanly manner, and to this end I have offered them both honorary membership of Tripe Club,” he added, declaring them both ‘Good dogs’.